Bitcoin is on the rise now, and many are taking this upside to the top cryptocurrency in the world as a bearish growth of the blockchain after several months of its downwards trend in the market. It beat the likes of Ethereum and other top coins available now, with also altcoins joining the trend in their rise as coins in the industry.

Bitcoin rallies in the markets now and is finally breaking ground after a long time this 2022. 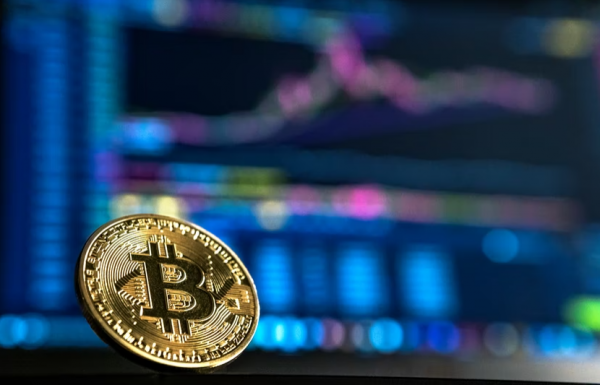 The top cryptocurrency in the world is finally gaining traction on its rise now, with speculations on the coin finally going bearish in the current market, gaining valuation from recent trends.

According to CoinMarketCap, Bitcoin‘s current valuation is at $22,000, and it finally broke through its significant downwards trend, which now sees a rise in its market value for all.

There is a massive push on Bitcoin now, and it was close to reaching a $23,000 valuation earlier, with crypto watchers believing that this is the rise of the top coin after a long time sitting in the dust.

The coin is rallying in the market now, and CoinTelegraph reported that the cryptocurrency is kicking off the resistance which initially set it at bay for its potential growth, impeding its value for early 2022. Beliefs in Bitcoin see it surpassing more later this 2022.

Read Also: CryptoWatch: Ethereum is Going Carbon-Free, and the Many Developments to Cryptocurrency Now

Ethereum Not Yet Rising?

Amidst the rise of the top cryptocurrency, the next-in-line coin, Ethereum, is seeing a struggle with its valuation alongside its change to proof of stake or its plans to go carbon-free on its systems. Nevertheless, there is a significant difference between Bitcoin and Ethereum’s performance now, with the 2nd top coin’s value playing at around $1,700 now.

The cryptocurrency market in the world saw a significant drop in its trends throughout the early 2022 period, when many users and companies feared the end of the digital blockchain. However, the coins did not disappear or crash fully despite this volatile market present now, with Bitcoin picking up its pieces after its $19,000 low point earlier this year.

While some recuperated from their losses to the early drop in valuation, some saw this as an opportunity to purchase new coin holdings from the market and took advantage of this dip. MicroStrategy, a known company that has high regard for cryptocurrency, purchased a round of new Bitcoin worth $10 million to add to its portfolio.

With the uncontrollable market, which sees significant drops and losing valuation, many were quick to jump the gun or criticize cryptocurrency in the market. However, there are many believers and investors who believe and trust the process, hoping for a turnaround in the current state of the known volatile market.

Now, Bitcoin may finally be bearish and is breaking previous barriers from its massive drop, finally gaining traction in the market now.

This article is owned by TechTimes

ⓒ 2022 TECHTIMES.com All rights reserved. Do not reproduce without permission.

It Could ‘Double In Price’—Crypto Braced For A Surprise $350 Billion Earthquake Amid Bitcoin, Ethereum, BNB, XRP, Solana, Cardano And Dogecoin Crash

Next Story
Are drying rivers a warning of Europe’s tomorrow?